On New Year’s Day 2011, Salem resident Mary Lucas decided to honor her resolution to walk more. She set off from the carousel at Riverfront Park, walking along the sidewalk bordering the beautiful Willamette River. 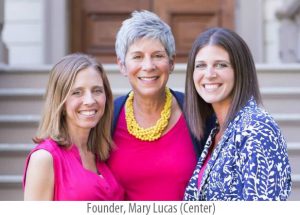 Only 10 minutes into her walk, things quickly turned for the worse as Mary heard footsteps from behind. Before she knew it, a man had grabbed her around the neck and was dragging her down the embankment. She screamed for help as the man held her at knife-point. His instruction to “stop screaming” was met by her, “OK. I will” just before her one final scream of, “Lord, help me please!” Her attacker instantly froze for 5 or 6 seconds, at which time a trio of young men heard Mary’s cries for help and came to her rescue. “I had three young men rush down the embankment and take care of my attacker.” They pulled Mary to safety, reassuring her and calling 911. Salem police officers quickly arrived and apprehended the attacker, an out-of-state sex offender who admitted that it was his intent to rape and murder a woman that morning. As Mary says, “I was that woman.”

About her trio of guys, Mary gratefully says, “They saved my life! I call them heroes. They say they were just in the right place at the right time, and I absolutely agree with that. But I also know that they were exactly where God wanted them to be that beautiful New Year’s Day morning, and I will forever be grateful to them and to my Jesus for protecting and keeping me in His hands the whole time.”

“CrossWalk” is the culmination of Mary’s journey of faith and courage since that time. It is a chance to join together and bring a positive event to a place that could have ended in tragedy. It’s also an opportunity to support efforts in Marion County to help victims of violent crimes.

REGISTER TODAY to join Mary and countless others on January 8th at Salem’s Riverfront Park for the CrossWalk, where faith and courage meet.